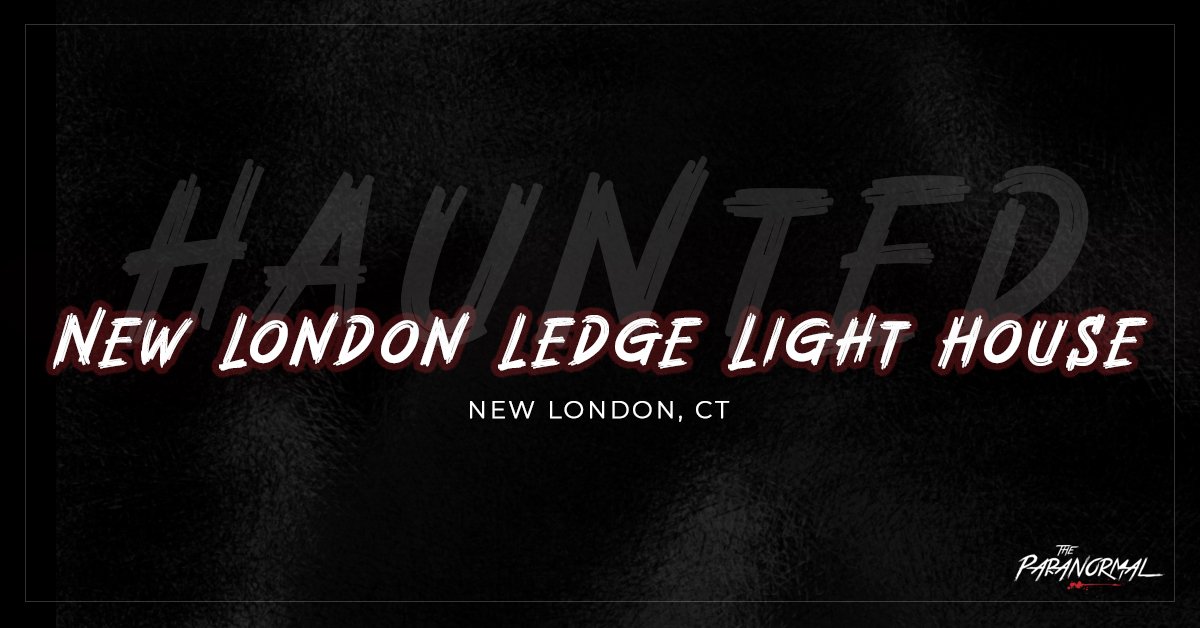 “Rock of slow torture. Ernie’s domain. Hell on Earth—may New London Ledge’s Light shine on forever because I’m through. I will watch it from afar while drinking brew.”

Connecticut’s 96 miles of shoreline encompasses all of Connecticut’s southern border along Long Island Sound, from Greenwich in the west to Stonington in the east, including the tidal portions of the Housatonic, Quinnipiac, Connecticut, and Thames Rivers. For centuries, oceans and rivers have served as trade routes and ports for prominent cities, and Connecticut has seen more than its share of leisure and industrial maritime traffic. New London is one of these port cities.

Unfortunately, fog and darkness can make traveling these waters dangerous and treacherous, especially when the Atlantic refuses to cooperate. For this reason, lighthouses were created as guides to safely navigate ships into the harbor and prevent vessels from crashing into landmasses obscured by darkness and fog. Connecticut has five of these beacons of light adorned with foghorns; four of them are haunted, and one is reportedly the most haunted: New London Ledge Lighthouse.

Among these lighthouses, it’s one of Connecticut’s five most haunted places.

Unlike tall round lighthouses, New London Ledge is a three-story, eleven-room brick house built atop a concrete pier in New London Harbor in 1909. The only access to the building is by boat. Though remote and isolated from the mainland, the lighthouse’s architecture was influenced by Morton Plant and Edward Harkness, who wanted the structure to personify the French Second Empire style and reflect the elegance of the wealthy homes that lined the shoreline.

When it first opened in 1909, it was operated by civilian crews of 3-4 men who kept busy by maintaining the life-saving central cast-iron lantern, winding the clock every four hours, painting, polishing, and rescuing boaters from maritime mishaps.

The lantern atop the lighthouse cast its searching rays for 18 miles in either direction. Then in 1987, the Coastguard took over, each man working a rotating schedule of three weeks on and six days off. Most considered it an undesirable duty, while others appreciated the solitude and the beauty of the sea. People seemed to either love working there or hate it. Apparently, the ghosts feel the same way.

It’s All About Ernie, or is it?

Although there have been numerous sitings, EVPs, tappings, lights switching off and on, shadow figures, doorknobs turning, doors and windows slamming, and high KII meter spikes, Ernie the ghost seems to be the primary locus of paranormal activity.

The civilians and guards who operated the lighthouse reported haunted happenings for decades. In addition to the above activities, the following were frequent occurrences at Ledge Light:

Furthermore, the ghost of a tall bearded man in a rain hat and slicker has been seen walking around inside and outside the lighthouse as if on watch.

Who is Ernie, and why is he causing so much mischief at Ledge Light?

Ernie was a lighthouse keeper at New London Ledge Light, but his real name was John Randolf, although no one is sure about this name because there was never a civilian John Randolf commissioned there. Psychic mediums intuited this name, and they all eerily say the same thing. Unfortunately, maritime rosters or local documents have not verified the name. However, two men, Ernest F Witty and Ernest Metiver worked there between 1920 to 1930 and could be the ghostly Ernie creating the activity.

According to legend and information culled from mediumship, Ernie was a lighthouse captain on Ledge Light. However, his much younger wife lived on the mainland. And when he received word that she had left him for the Captain of the Block Island Ferry, he climbed to the top of the lighthouse and, consumed with despair, threw himself onto the pavement below. But, again, there is no record of this happening in Connecticut. Others say a deckhand is the one who threw himself off Ledge Light.

Still, the paranormal activity continues and is consistent. So, whether it’s John Randolf, Ernie, or Mickey Mouse doing the hauntings, the supernatural exists here and is in full paranormal bloom. In addition to the decades of sightings by lighthouse employees, current staff and tourists still witness activity. Two Paranormal Reality TV shows, Most Haunted from England, and Ghost Hunters, investigated there with intriguing results.

When England’s Most Haunted visited New London Ledge, they recorded doorknobs turning, a thermal camera picked up someone standing in the doorway, rushes of cold air passed by them in the stairwell, and the stairs to the basement turned off and on.

When one team member whistled, a disembodied whistle clearly answered back. This teasing and cajoling were repeated 3 times, indicating they were communicating with an intelligent spirit. After that, books mysteriously fell off the shelves, and disembodied voices could be heard whispering throughout the lighthouse. It’s no wonder New London Ledge Lighthouse is still considered one of Connecticut’s five most haunted places.

The Ghost Hunters crew didn’t shame the same luck as their British counterparts. After a night of investigation, they lost all the information on their hard drive and couldn’t retrieve it to confirm activity. However, they did hear bangs, doors opening, doors closing, and captured a few orbs.

The Lady of the Lighthouse

Recently, one staff person at the lighthouse was inspecting one of the water cisterns and heard a woman clear her throat as if to get his attention. When he turned around to see who was there, he saw a woman dressed in white, who then disappeared.

A spirit has been observed roaming the lighthouse on clear but dark nights. She has been witnessed so many times; she’s been named ‘The Lady of the Lighthouse.’ And she’s been seen both inside and outside the structure.

There are not many ghosts at New London’s Ledge Light, but the ones there are active and happy to see investigators and tourists visiting. And whomever Ernie was, his ghost was mischievous and having a good time, despite the alleged heartbreak of his earthly existence. Because of the amount of activity here, New London Ledge Lighthouse is one of Connecticut’s 5 most haunted places.

So if you love the sea and the paranormal, take a boat trip and see Ernie. He may slam a door or two for you.